The BlackLight table in the Financial Time 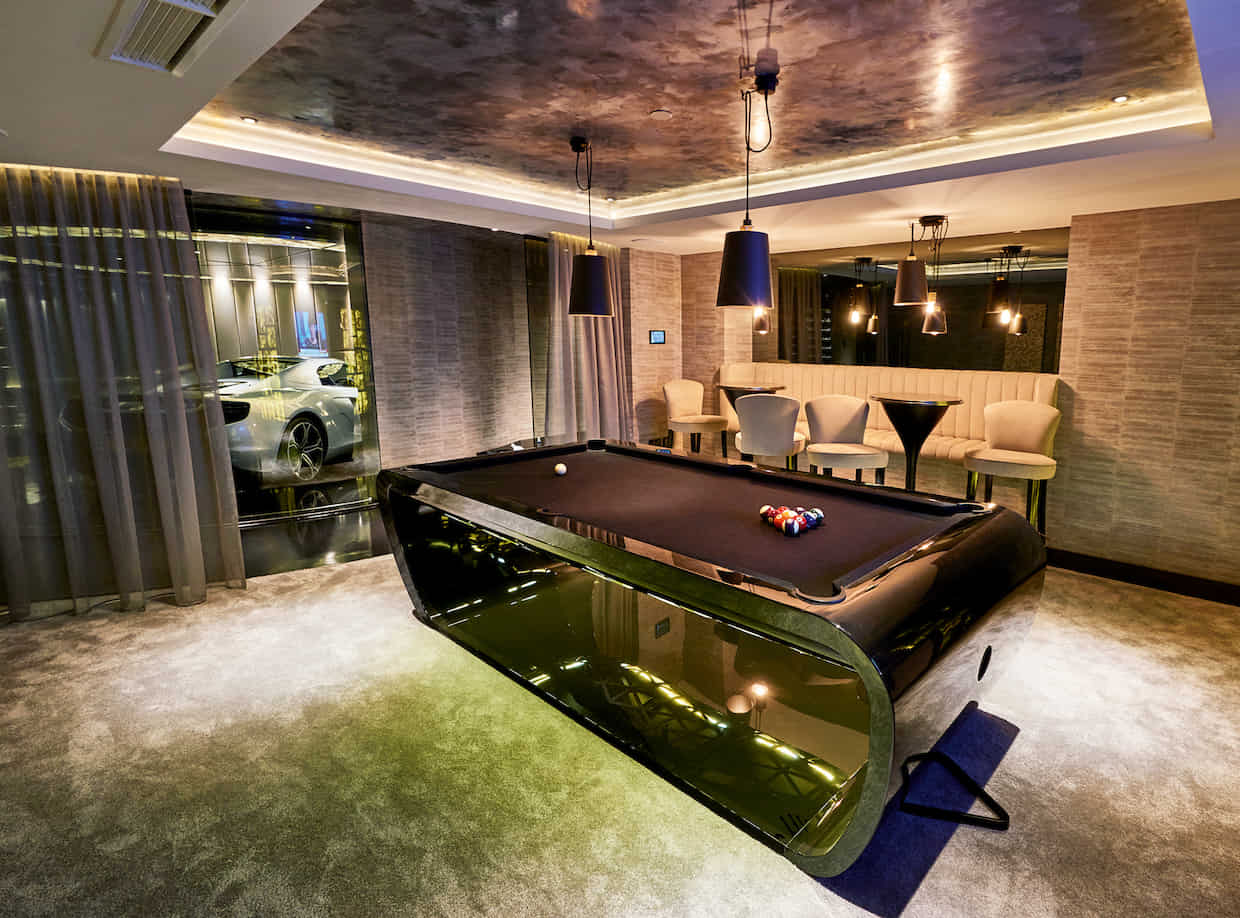 Is this the ultimate man cave?

Women say it’s like something out of Batman. Men say it’s like Iron Man’s garage. Has one Manchester-based major-league tech fan out California’d California and built the ultimate man cave, asks Jonathan Margolis.

Giovanni’s man cave continues at a similar, out-California-ing California pitch. A polished resin floor reflects the polished plaster ceiling and leads past a climate-controlled, leather-floored wine cellar housing 470 bottles of his favourite six wines, then to a fully fitted bar with booth seating where bottles are displayed within subtly backlit panels, and there is a mirror TV and bespoke pool table (€31,800) by French company Billards Toulet (it is, of course, the company’s flagship model). The air in the man cave is pumped in from outside by a domestic version of the Mitsubishi air-conditioning system used in similarly windowless Las Vegas gaming rooms.

Read the complete article and watch the video