Learn all about the invention of the timeless pinball machine. 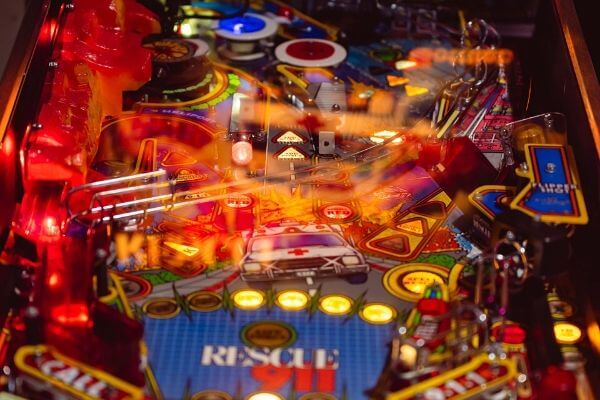 Despite the ubiquity of video games, Billiards Toulet agree that few games can match the sensations of a real game of “electric billiards”, as we used to say !

In recent years, many people have contacted us to buy old coffee games. It is no longer the cafetiers who are interested in their customers but directly individuals. Especially with the phenomenon of desertification of cafes, we have been able to recover over time many models, all very different, to the delight of nostalgics. Discover the pinball machines available.

The pinball machine had a social function. He brightened up moments spent in bars. Whether it is the unique noise emitted by a pinball machine (noise which has not changed much with current pinball machines), physical contact, the balance of power with the machine, these are all irreplaceable aspects. The proof is that in bars and arcades, modern video games, as fabulous as they are, still haven’t managed to make the good old pinball machine obsolete.

The origin of the pinball machine

We find traces of similar games in ancient Greece, which consists of throwing small stones with the thumb and forefinger while trying to make them fall into holes. Among the Egyptians also, they practiced an identical game but on the grass. Over the years, the stones have been replaced by more or less large logs, sometimes even sheathed in leather.

From the 14th century, we begin to use instruments to propel the balls, these games evolve towards bowling, croquet, snooker or pool tables. The pinball machine also draws its origin from the game of Bagatelle itself derived from billiards.

The pinball machine is generally and justifiably assimilated to American culture. Indeed, in the 1920s with the context of prohibition (prohibition of the manufacture and sale of alcohol) and the development of smuggling, it was necessary to find new occupations. This is how we see the money games and slot machines often associated with the mafia.

It was not until the 1940s that the pinball machines appeared as we know them today: thrusters actuated by buttons located on the sides of the machine. David Gottlieb is the author of this revolutionary invention, marking the true birth of “pinball”. The first pinball machine with “bumpers” is Humpty Dumpty, whose decoration is inspired by the novel “Alice in Wonderland” (1865). 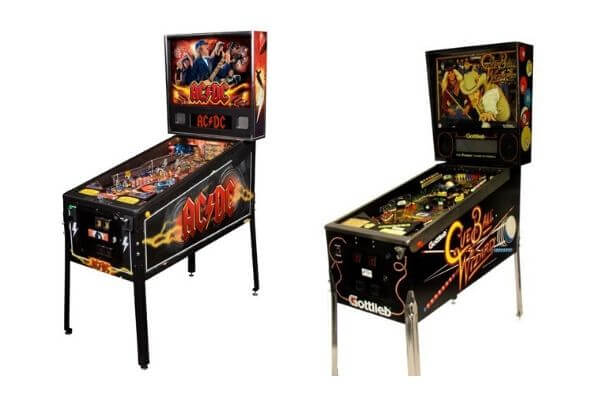 The next ten years was the golden age of machines. The American companies Gottlieb, Bally and Williams Electronics then expressed imagination and inventiveness. Hundreds of models are created and are nowadays much sought after by collectors. At the end of the 1950s, roller score counters appeared directly from petrol pumps. They replace the scores painted on the vertical glass table and lit from behind. Electrical circuits are added to create extravagant light and sound effects. Pinball machines are more and more modern, even if until 1960 they were still built on a wooden frame.

It is still unthinkable today to ignore the pinball machines. It is a form of play that can never go out of fashion, and which holds a special place in the hearts of all lovers of old games. Besides, we see it regaining its place in places of relaxation and entertainment.